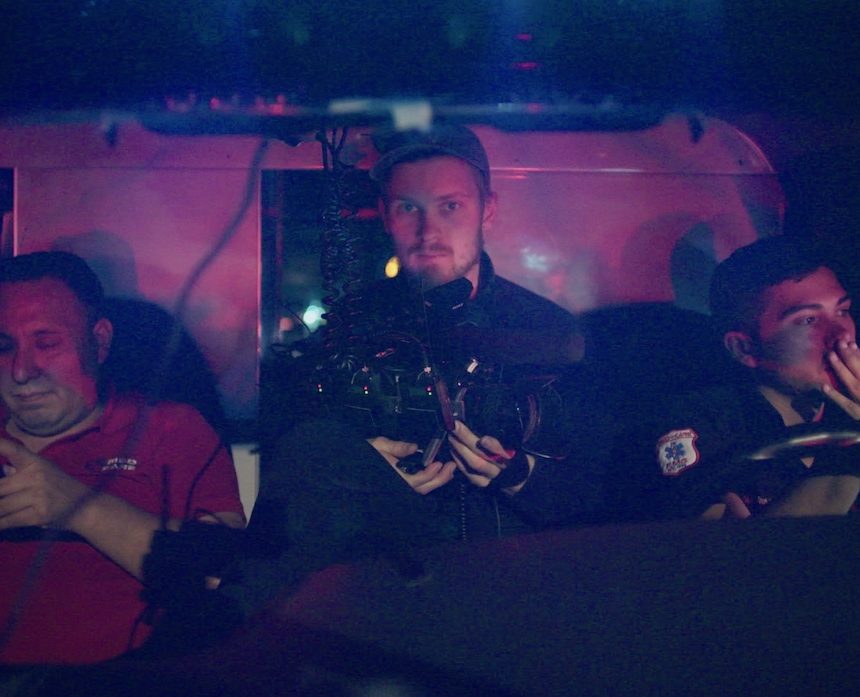 In Mexico City, there are only 45 publicly operated ambulances for a population of nine-million-plus, creating a need filled by private labor.

Luke Lorentzen, whose first feature New York Cutspremiered at IDFA in 2015, embedded himself with one privately operated ambulance run as a family business, tagging along night after night. Operating as his own shooter for Midnight Family, Lorentzen’s sophomore feature is a formally controlled, sympathetically embedded portrait of multiple instances of economic inequity (with car chases!).

Via email, the director/DP spoke to the challenges of operating two cameras as a solo shooter, depending on Mexico City’s existing nighttime light and using only one prime lens.