How to Put a Vintage 8mm Look on Your Digital Video 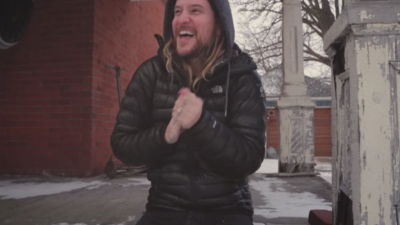 There’s something about movies shot on an 8mm camera that makes you get all misty and nostalgic, right? This look has always had a following, but lately, it has come back in style among videographers, social media influencers, and even filmmakers. (American Honey, A Ghost Story, and First Reformed were all shot with the same 1.33.1 aspect ratio as typical 8mm film.)
So, whether you want to infuse your next project with a little bit of a vintage feel or if you’re just dinking around for fun because Super 8 films are awesome, filmmaker Peter McKinnon has a few tips and tricks that will help you make it as authentic-looking as possible in Adobe Premiere Pro despite shooting with a high-tech digital camera. And I’m not just talking about throwing on an 8mm film grain overlay and adding a sweet vintage LUT. Check out his tutorial below:

Here are the tips McKinnon shares in his video:

Source: How to Put a Vintage 8mm Look on Your Digital Video